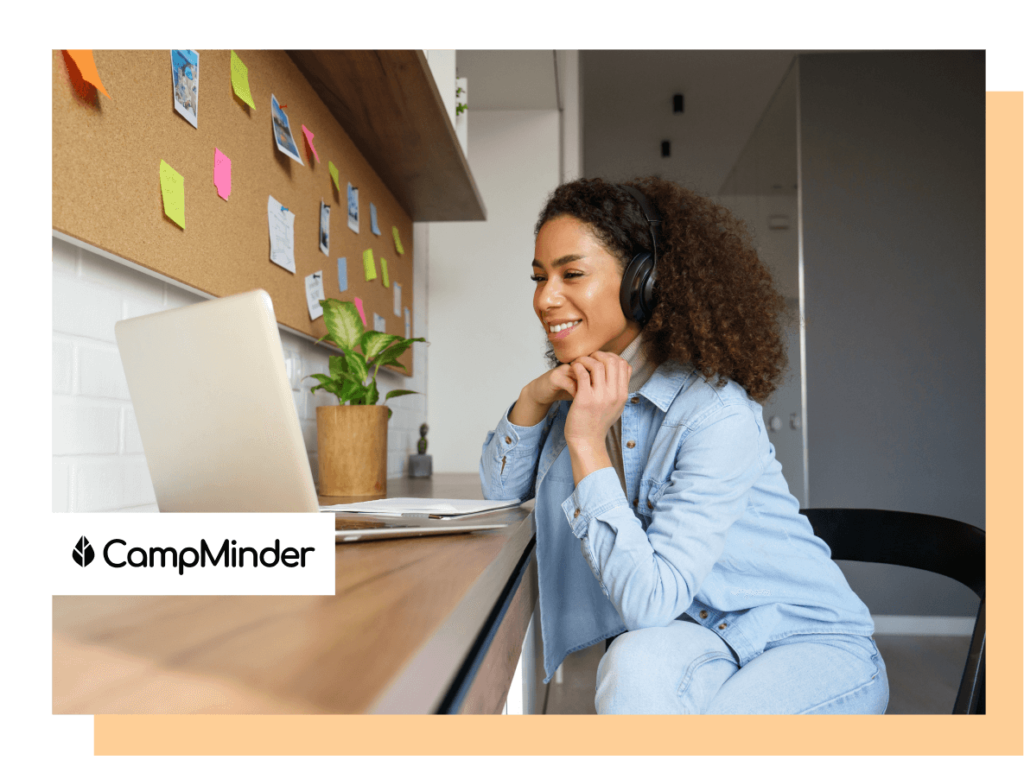 Amber Knapp leads a team of 10: they take care of the camps served by CampMinder and their customers. She’s been a manager for 4 years.

Looking across her career as a people manager, Amber Knapp, Client Support Manager at CampMinder, says the biggest challenge has always been team engagement.

Getting buy-in to change and having team members feel they can candidly share what they’re thinking and feeling can be difficult. As a manager, that’s the information that I really need to be successful and support them.

She says that means making sure they have the resources, knowledge and technology needed to do achieve their goals. “I really look at Officevibe metrics that show me we’re taking care of our customers, but also taking care of ourselves.”

Tackling the challenges of remote work

With the need for remote work changing our professional landscape in 2020, Amber says that simulating the face-to-face collaboration and engagement her team normally gets at the office has added a layer of difficulty – and it’s one she uses Officevibe to address.

Right now, the biggest challenge I’m facing is really getting collaboration and team morale up. That’s what I’m using Officevibe for.

She says that thanks to Officevibe, she can make sure the team stays close, that collaboration and trust stay strong, while learning the new types of support they need. In fact, her team’s Alignment metric, around the Vision and Mission of CampMinder, is at an all-time high of 9.2/10, even with their new working reality.

Anonymous Feedback, a feature that allows employees to have written, anonymous conversations with their managers, is one of the tools Amber says helps her most as a manager.

She also uses the Share Report feature with her team as an opportunity to talk through their metric scores together. “As a manager, that’s the information I use to really understand what’s happening across the team, and either get certain things back on the right track or understand why other areas are working so well.”

The feedback I’m getting through Officevibe really helps me drive 1-on-1s with team members. And even if it’s anonymous, it gives me a starting point for checking in with the whole team on a specific topic.

Giving everyone a voice

No matter what’s going on, Amber says she believes human beings have an inherent desire to put their best face forward – but that comes at the cost of expressing what they might truly be feeling. “You always just see a ‘things are good’ sentiment. With Officevibe creating that safe space for the team, it showed me that under the surface, there was a lot going on.”

The loudest voice in the room is often the one we rely on to get a sense of how things are going on a team – but that doesn’t always paint the full picture.

Officevibe had allowed the team members who weren’t as comfortable speaking up in a group setting to share their thoughts too, and that’s been really helpful.

But can I really express my thoughts?

When Officevibe first came to CampMinder, Amber says her team was excited – but that their excitement was measured.

“There were questions around, ‘What is my level of comfort sharing my true thoughts and feelings? How do I know if I’m really anonymous? If I choose not to be anonymous, how do I know that I’m safe sharing information with my direct manager and their direct manager?” she says.

Amber believes it was CampMinder’s transparent culture that helped most. A few years ago, when she received some tough anonymous feedback from an employee that compelled her to self-reflect, transparency was her North Star. She responded to the feedback right away and took the initiative of discussing it as a group at the next team meeting. She made sure her team understood that the feedback was valid, then worked on the points the employee had made – without ever seeking to discover who had submitted it. Doing so showed vulnerability, built trust, and helped her to grow as a manager.

From that point on, I saw my team really open up and be more willing to share. Not just about me, but about changes or trends they were seeing throughout the company and the business, which has turned out to be really helpful for us.

Today, Amber’s Relationship with Manager score is one of the platform’s all-time highest, at 9.7/10.

We asked Amber which Officevibe metrics she felt most informed her success as a manager. She says she looks at four key indicators to ensure she’s doing her job right:

“Knowing these things helps me drive the engagement of my employees, and that leads to better customer satisfaction.”

And customer satisfaction isn’t the only great thing that comes from taking such good care of her team’s metrics. Amber’s Relationship with Manager score, a metric that shows how her team feels about Amber, her work, and their collaboration, is near-perfect. In fact, at 9.7/10, she has one of the highest ratings on our entire platform.

YOU CAN BE UP AND RUNNING IN MINUTES 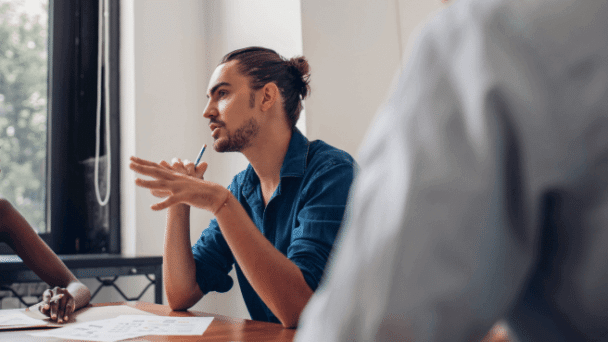 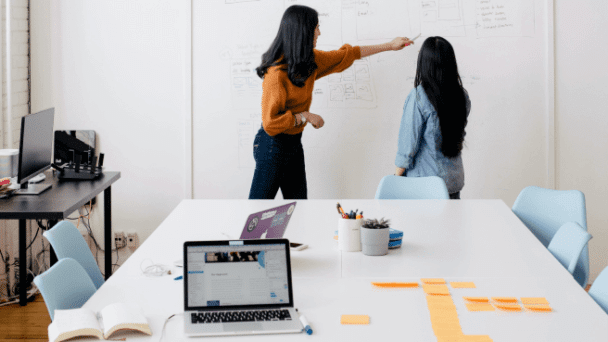