Unemployment In America Is Terrible 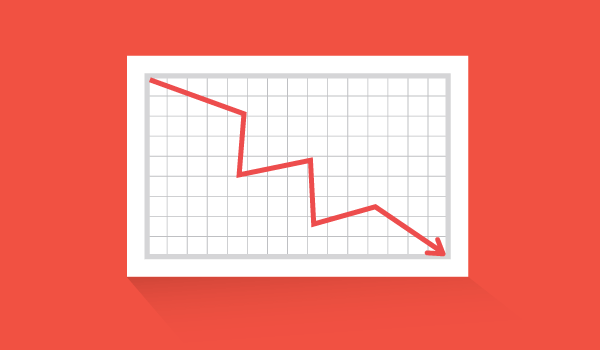 The jobs data is out from August, and it’s terrible. Unemployment in America is still a massive problem, with no real signs of getting better anytime soon.

The non-farm August payroll data is out, and only 142,000 jobs were created, which was way below expectations.

Just so everyone understands, what “non-farm” means, they’re jobs that don’t include farming, non-profit groups, and private household workers. This makes up about 80% of America’s working population.

A lot of media websites out there will try and spin these numbers as a positive thing, because they’ll claim that the unemployment rate went down, but it’s really not a good thing.

I’ve written about how productivity is going down in the US before, but the way they calculate the unemployment rate is flawed.

The way they calculate the unemployment rate is by taking people who are out of work, that are currently looking for a job.

This is very important.

People who aren’t currently looking for a job, usually because they’ve given up after searching for so long, aren’t counted in the official numbers.

A much smarter thing to look at would be the employment to population ratio.

The labor force participation rate is a good indicator of what’s really going on.

The labor force participation rate is the rate of people that are actually participating.

Look at the following graph, this is an important one. 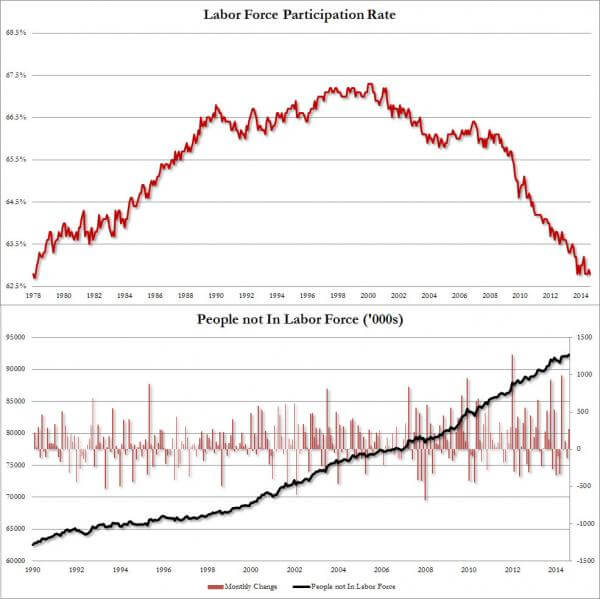 The labor force participation is the lowest its been since 1978.

If you look at the second image, you’ll see that people are exiting the labor force at an incredible rate.

This is why the unemployment rate is going down, but in reality, the employment picture is terrible.

When you hear things on the news like “jobs are being created”, and “over 200,000 jobs were added this month”, remember this:

since the start of the recession in December 2007, the number of people not in the labor force has increased by 13.0 million, while the number of jobs added has only been 768,000.

Another interesting tidbit from the August report:

In August, there were 3 million long-term unemployed (those jobless for 27 weeks or more) individuals. These individuals accounted for 31.2 percent of the unemployed.

I apologize for painting such an ugly picture, and for being such a downer, but I think it’s important that everyone out there knows what’s really going on.

When I talk to a lot of people, they’re completely clueless, until I go through this long explanation with them.

The best advice I could give these people that are unemployed, and I’ve written about this many times before, is take free courses online to beef up your resume.

Also, get active on Linkedin, make sure your profile looks clean, and don’t be afraid to connect and message people.

As long as you’re not annoying about it, people will appreciate your hustle.

Another thing I’ll start doing, is writing more about how to make a great cover letter, and how to properly format your resume in the next few days, and maybe it will help someone out there.

Anything you want to add to the conversation? Let me know your thoughts on twitter @JacobShriar or @Officevibe.