We’re Thinking About Time Spent At Work All Wrong 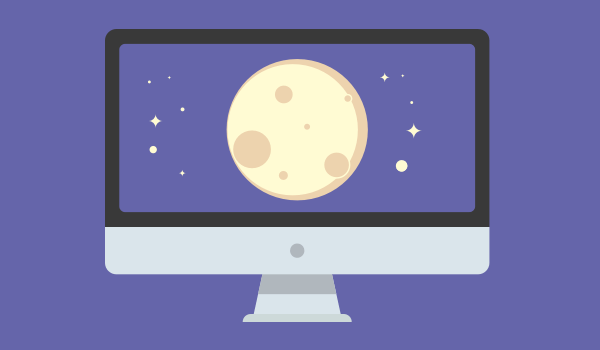 Do you come into work early to impress your boss? Do you stay late because you see your coworkers doing it? Are you afraid of what your boss will think of you if you leave early? Is there any point in staying late if your work for the day is done?

We’re thinking about time at work all wrong.

Time spent at your desk means nothing. What time you show up or leave means absolutely nothing.

Unfortunately, our biases get in the way of this.

I’m here today to ask everyone reading this to please stop.

Seriously, you’re doing a disservice to yourself and your employees.

You’re also judging people falsely, potentially missing out on promotion opportunities or falsely assuming that someone is a “better” worker because they spend more time at their desk.

I know it’s easier said than done, but I’m begging everyone reading this, stop judging people based on time spent at work.

I used to fall for this mistake too.

I remember thinking that if someone left at 4:59pm that they weren’t engaged and obviously couldn’t wait to get out of work.

But what if they have kids? What if someone comes in early but then leaves early to adjust their schedule? What if someone likes to come in late but wants to stay later because they’re more productive later in the day?

Not only is it wrong to make those assumptions, it’s not fair. And it’s not the way the world works today.

I’m reminded of one of my favorite TED talks of all time, by one of my heroes, Jason Fried, called Why Work Doesn’t Happen At Work:

Turns Out, We’re Biased Towards People Who Come In Early

Christopher Barnes, assistant professor of management at the University of Washington’s Foster School of Business, wanted to conduct research to see if workers were being penalized for using flexible hours.

He found that in fact, we have a “morning bias”.

“Across 149 employee-supervisor dyads, even after statistically controlling for total work hours, employees who started work earlier in the day were rated by their supervisors as more conscientious, and thus received higher performance ratings.”

Even crazier, when he tried to double check his research by doing another test in a more controlled environment, he found that the “morning bias” was still there:

“We put participants in the role of being a supervisor, and asked them to rate the performance of a fictitious employee… Across 141 participants, we found that the research participants gave higher ratings of conscientiousness and performance to the 7am-3pm employees than to the 11am-7pm employees.”

The implications of his research are quite shocking. He goes on to say:

“It seems likely that some employees are experiencing a decrement in their performance ratings that is not based on anything having to do with their actual performance. Organizations may be inadvertently punishing the employees who use flextime to start and finish working later in the day. And as accumulated poor performance ratings have detrimental effects on career advancement, this could partly explain why we often see flextime utilization having negative effects on employee careers.”

Which is exactly what I was talking about at the beginning of this post. It’s unfair to assume that just because someone comes into work early, they’re better performers.

Pro Tip: You should be judging employees based on their goals. Get this simple guide to goal setting to make it easier for you to set meaningful goals for your team.

How This Has Affected Me Personally

Personally, I’m not a morning person, and so when I first started work I asked my boss if I could work from 10-6 instead of 9-5. My theory is that if I have to wake up early, I’ll be more tired at work, and therefore less productive in my day overall.

If I’m able to have that extra bit of sleep, I’ll come into work more energized and ready to go.

While I love it, I know that some people might see me as “lazy” or “unmotivated” because they see me come in late.

Nothing could be further from the truth though.

I’m incredibly driven, and I work hard to make sure I’m producing a ton of great work.

I wonder if I’ve been passed up for promotions or not chosen to work on certain projects as a result of this.

As soon as I noticed that this was an issue and a bias that some of my coworkers could have, I could have easily adjusted and come in earlier, but that would only make me perform worse.

It’s possible the perception of me would have changed, but my actual results would have gotten worse.

The research is very clear about this.

Working more hours will not make you more productive. In fact, it will damage your productivity, your health, and overall work-life balance.

Basically, when you work long hours your cognitive skills start to decrease, and a lot of the work you’ve done during that overtime needs to be edited or redone.

It’s important for everyone to understand the Yerkes-Dodson law that says too much or too little stimulation is bad. We need a happy medium in order to perform best. The happiest and most productive workers find that perfect balance.

Plus, your brain needs downtime to be more productive. You need time to recharge and refuel.

What Managers Can Do About This

Clearly, something needs to change. I’m calling on everyone, managers and coworkers, to work on this issue.

It’s not fair to anyone.

Here are a few things I’d recommend doing to fix this issue.

Get this simple guide to goal setting to make it easier for you to set meaningful goals for your team.

Do You Agree? Disagree?

I’d be curious to hear your thoughts in the comments below!