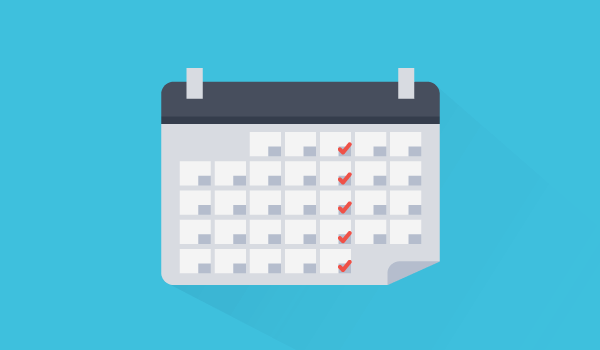 One thing I’ve never fully understood is why companies are so obsessed with annual surveys.

Annual employee engagement surveys are at the core of every HR department, but this needs to change. Doing a survey once a year is way too long of a timeframe to get any really accurate data.

As leaders, we need to be collecting feedback from our employees way more often. There’s no more waiting in life anymore. In the last few years, we’ve seen a huge shift in the world, everything is happening in real time. I get my news from social media, I can watch whatever I want online, I can find the answer to any question through Google, there’s no more waiting in life anymore, and the same should be true for employee engagement.

Companies have good intentions. The thinking is, that by measuring engagement through employee surveys senior management can get insight into what their employees think and what needs to be improved.

While their intentions are good, I think companies are going about it the wrong way. Don’t get me wrong, engaged employees matter, but annual surveys don’t do anything to fix issues when they come up originally.

You want your employees to be engaged, so why not measure and improve engagement on an ongoing basis? Shorter employee pulse surveys are what you should be using instead.

Engaged employees will make your company more money, that’s been proven many times. Here are a few stats that will help prove this point:

Annual employee surveys are notorious for having incredibly low response rates, averaging around 30% based on research I’ve seen. This doesn’t surprise me, since most annual surveys contain up to 100 bland, boring questions.

Plus, with the way most companies operate, they take months simply to generate the reports and analyze the data. Then in classic big company fashion, establish a “committee” to implement changes, which takes another few months. By the time this is all said and done, it’s time to start planning for next year’s survey.

When we were building Officevibe, one of the biggest things we took into consideration was how simply can we display the data for managers, and how fast. The data updates in real time, and we’ve done our best to make it as easy to understand as possible. No confusing buzzwords, just simple, straightforward data that updates as employees answer their questions.

There are so many problems with annual surveys, but here are a few that I can think of off the top of my head.

Survey fatigue is something that you really need to take into account if you’re creating a survey for your employees. A good question to ask yourself is, would you complete this survey?

According to research I’ve seen, there is a 20% abandon rate for surveys that take more than 7-8 minutes to complete. I personally think even that is too long, I would aim for five minutes.

The problem with doing surveys annually is that you’re not addressing issues as they come up. This is probably the most counter-intuitive thing you can do if you’re trying to improve employee happiness.

If you want to make your employees feel happy, then listen to their feedback in real time (or as close to real time as possible).

3. Too Much Time Passes Before Results Are Shared

Here’s a typical schedule for an annual survey in a typical company:

Again, everything should be done and shared in near real time. By June, that survey you had me do in January is long forgotten about.

The key word here is perceive (more on this later), but you need to be answering the question of “what’s in it for me”. Why should an employee take time out of their busy day to answer your survey? To win the new iPad? Because you told them so? Think about that answer.

Employees (especially younger ones) are skeptical about survey anonymity because of how knowledgeable they are about the way computers and technology works.

That’s why it makes sense to use a third-party, like Officevibe. I can’t stress enough how in Officevibe it truly is an anonymous employee engagement survey. None of the managers that use Officevibe can see any of the individual answers, everything is aggregated anonymously. In theory, we (Officevibe) could see the results if we really wanted to by diving deep into the database and doing some crazy querying, but trust me, we don’t have time for that.

6. Managers Don’t Act On The Results

This is an important one, and I’ll talk a lot about why I think this is. I often talk about the infographic about employee surveys that we made, because some of the data on there is really interesting. There are five statistics that I want to focus on:

This is a really interesting question that I’ve been thinking about a lot lately. I have to wonder if the stats I presented just before about managers not acting is accurate. It doesn’t make much sense to me.

Managers understand the importance of employee surveys, so why wouldn’t they act? Is it that whatever they were going to implement goes to the bottom of a to-do list? Or is there more going on? I personally have three theories on this.

This is a very realistic issue, and another reason why doing a survey annually is way too long. It’s very possible that managers are actually acting on the results, but the employees aren’t noticing it. Either because of a lack of communication, or because it’s happened so much later.

A very simple way to improve this issue is to communicate with your employees at every step of the process. Here’s a good rule of thumb: If you think you might be communicating too much, you’re probably not communicating enough. There’s no such thing as too much communication.

I spoke with a friend of mine about a situation at their company, and I found it very interesting. I won’t mention any names out of respect, but what was happening was the managers at the company were implementing changes based on employee feedback, but the employees thought that it still wasn’t good enough.

The manager’s response was that their competition did less, so what they were doing should be good enough. This is a huge mistake that managers make. Don’t compare yourself to your competition, your culture and situation is unique and should be treated that way. Listen to your employees, and keep them happy.

It’s very possible that managers aren’t in fact acting on any of the information that comes from the annual surveys, simply because they’ll have to change something, and change is hard. Similarly to how people have such a hard time kicking bad habits, I wonder if it’s the same for managers. I wonder if it’s just easier to keep doing the same old thing, knowing it’s wrong, and so they don’t act on the surveys.

The neuroscience of changing your habits is something I’ve been researching a lot on my free time, and it seems like this could be a very real possibility.

The Neuroscience Of Change

The brain is hard-wired to resist change.

The oldest part of your brain is always working to protect you. Our brains are designed to keep us safe. The best way to stay safe is to follow familiar, known paths where you’ve already seen there is no danger.

So when something new comes up, your brain fires up a warning, and you prepare to flee, or fight for your life (fight or flight). Recent research shows that you experience this response any time you encounter a situation that is new or in some way challenging. Our most natural response to trying anything new is to resist it. 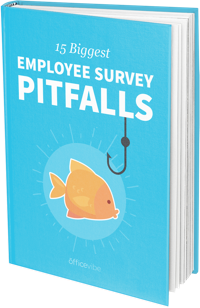 Avoid these 15 common survey pitfalls and get tips from the experts.

Avoid these 15 common survey pitfalls and get tips from the experts.

The SCARF model identifies five domains of social experience that the brain treats as survival issues: status, certainty, autonomy, relatedness and fairness. The SCARF model helps us understand human behaviour during change. It would be wise for managers to have at least a basic understanding of this model to understand how employees will react to what you do.

As a simple example, micromanaging (or lack of autonomy) causes a “threat” response in the brain. Especially at the beginning of change when employees are most resistant, you want to avoid micromanaging them.

Let’s go through each of the five elements quickly.

Status: Status is our perception of how we compare the people around us, and it’s a feeling of being better than or worse than others. We are uncomfortable until there is a clear status arrangement between us and everyone else.

Autonomy: I talk alot about autonomy on this blog because it’s so important. Autonomy is different than certainty in the sense that certainty is knowing what’s coming, whereas autonomy is having control. We feel really threatened when our autonomy is taken away.

Fairness: I’ve written a lot in the past about equity theory, and this is how we judge if we’re being treated fairly or not. In the workplace, this is a little tougher to fix, because there will always be people who are paid more than you and have more perks, but transparency can help with this.

So, What’s The Solution?

Short, frequent pulse surveys that don’t take up too much time.

It takes a real commitment from all senior managers to listen to their employees, and to guide them through the process of change. When survey results come in, share them right away, and be transparent in how you’re planning on addressing these issues.

When you introduce these new weekly surveys, there will be some pushback from employees. At first, they won’t believe that it’s going to work. They need to vent, so be there for them, and tell them that you’re listening. Show empathy, and make them feel like you care about their concerns.

As you keep going, implement small tests to improve things, and constantly solicit feedback for improvements from employees. This will make them happier, more engaged, and more likely to participate in the process.

What Do You Think About Employee Pulse Surveys?

Do you agree that they’re better than annual surveys? Let us know your thoughts on Twitter @Officevibe.