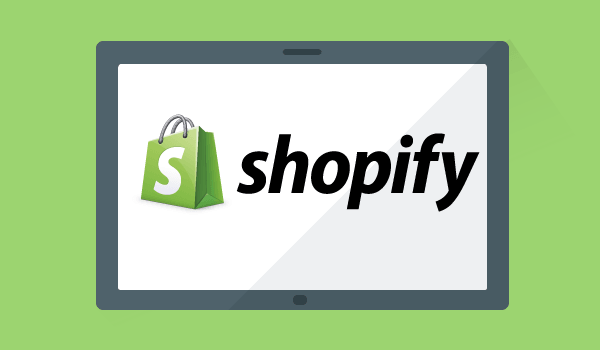 E-commerce giant Shopify has one of the most amazing offices in the world. We had the opportunity to learn from their Chief Culture Officer, Daniel Weinand, about how they managed to become one of the greatest places to work.

If you’re as freakishly obsessed with culture as we are, you’ll enjoy reading this.

Shopify is based in Ottawa, Canada, and recently announced a massive $100 Million round of financing. They’ve built an incredible platform and have some really big clients that they work with. Plus, they’re hiring like crazy!

We learned a few important lessons from our chat with Daniel, and it’s pretty obvious that Shopify “gets” the importance of culture.

If you’re having trouble building a good organizational culture, make sure to read these 6 lessons very carefully.

1. Only hire the best

If there’s one thing we learned from Shopify, it’s how hard it is to get a job there.

They’ve grown massively over the last few years, and now have over 350 employees. With their latest round of financing, they say that they have plans to grow the team even more, to more than 500 employees.

But trust me when I say those employees are the best of the best. They have a multi-step, really intense hiring process, and only a fraction of the people who apply make it into the company. The reason is simple: the founders believe that new hires should strengthen the office culture, not dilute it.

The secret to successful hiring is this: look for the people who want to change the world.
– Marc Benioff.

One of the most important lessons we learned from talking with Daniel was that the management team has fun as well.

Not only because they’re fun guys, but because they want to instill that type of culture for their employees. If an employee sees the CEO playing a game of foosball, he’ll be much more comfortable playing.

This is one of the most important lessons for any CEO or HR manager.

If I wouldn’t take any vacation, many people from the team would do the same. It’s a very conscious decision for me to take some time off — not only because I love travelling, but also because I want other employees to feel that it’s important.
– Daniel Weinand (CCO, Shopify)

Make sure your employees aren’t scared of getting fired, and can just relax. Once you remove that fear element, watch your productivity go through the roof.

Another great lesson we learned was about employee wellness.

We believe that wellness plays a huge part in doing a great job. When we offer breakfasts, lunches and snacks, it’s not just about the perk itself. It’s about making sure people stay healthy.
– Daniel Weinand (CCO, Shopify)

It’s something they take very seriously at Shopify, and they truly believe that healthy workers are more productive.

They offer to fully pay for your gym membership, and give you a $250 allowance for healthy equipment, like a new bike or yoga classes.

Hell, they even offer stand-up desks!

Also Shopify has their own soccer team! Another way to make sure the employees are active, and social.

4. Use tools to praise and give feedback continuously

They implement a peer-review system, and it’s actually how bonuses are earned throughout the company.

They called it “Unicorn”, and essentially it’s a Twitter-like feed where employees can praise each other. Fast Company wrote a great article explaining Unicorn and its benefits.

[The Unicorn initiative] resulted in a group of genuinely happy, incredibly loyal employees. Shopify has been around for just about seven years and they have almost no turnover.
– Fast Company

5. Rallying around a cause gives employees a deeper sense of being on a team

I also found the fact that they were philanthropic was great.

It finally occurred to me that getting everyone involved in helping a local charity makes the team feel more connected. It also results in more donations. It’s one thing to ask an employee to donate $50 to a charity, and it’s another to ask the entire team to contribute $2. $2 is much easier to come up with, and collectively, they can raise so much money.

Shopify is involved in the community, helping to run workshops for local kids that run away from home.

Kudos to them for being so involved with charities, and giving back.

6. They focus on improving employee life

One thing I like about Shopify’s culture is that they seem to have a good balance of initiatives to keep their employees happy.

Basically, when it comes to the science of employee engagement they know exactly how to treat and get the most out of their employees.  Everybody wants to be there, and they’re ecstatic about what they do and making things better.

This is the type of company that makes it into those “best places to work” lists. And their satisfied employees are a testament to their hard work and dedication, when it comes to keeping employees happy.

What are your thoughts?

Do you know of any other companies with great culture? Let me know your thoughts on twitter @Officevibe.