How to handle employee recognition?

How to handle employee recognition?

According to Dr. Donald Clifton’s book How Full Is Your Bucket, the number one reason people leave their jobs is that they don’t feel appreciated.

According to research from Gallup, employees that receive regular recognition and praise:

But rewarding employees doesn’t have to cost money. Here are 20 ways to reward employees without spending any money.

There is a lot of debate around whether money should be used to reward employees.

As I’ve discussed many times, the short answer is no. Of course, everyone wants money and everyone needs money to live, but using money as a motivator isn’t a good idea. Reward employees by tapping into their passions.

Unless you’re extremely careful with how you use rewards, you get people who are just working for the money… We need to compensate people fairly, but when we try to use money to motivate them to do tasks, it can very likely backfire on us.

One of the most famous experiments on this is by Dr. Edward Deci, looking at whether emotional feedback or money would increase engagement with work.

People were sitting in a room and tried to solve a puzzle while Deci measured how much time they put in, before giving up. For Group A, he offered a cash reward for successfully solving the puzzle, and as you might expect, those people spent almost twice as much time trying to solve the puzzle as those people in Group B who weren’t offered a prize.

A surprising thing happened the next day, when Deci told Group A that there wasn’t enough money to pay them this time around: Group A lost interest in the puzzle.

Group B, on the other hand, having never been offered money in exchange for working on the puzzles, worked on the puzzles longer and longer in each consecutive session and maintained a higher level of sustained interest than Group A.

Deci’s experiment showed that money actually decreased intrinsic motivation because such external rewards thwart our “three psychological needs — to feel autonomous, to feel competent and to feel related to others.”

The more people focus on their salaries, the less they will focus on satisfying their intellectual curiosity, learning new skills, or having fun, and those are the things that engage employees the most.

The larger the monetary reward, the poorer the performance. – money doesn’t motivate us, at all, instead emotions do.

This is where it starts to get very interesting.

According to the research that Dan Pink talks about, it’s our emotions that actually motivate us. First, let’s discuss why that is, and then we can discuss how as leaders, we can tap into those emotions.

What’s also interesting is that negative emotions like fear and sadness can lead to brain activity and thought patterns that are detrimental to creative, productive work. Things like avoiding risk, narrowing your mind, and being unable to make a decision are all affected by negative emotions.

One of my favorite examples of all of this is Barbara Fredrickson’s Broaden and Build theory, which states that positive emotions (like joy and happiness) broaden our scope of thinking and creativity, and allows us to build new skills. Negative emotions do the opposite.

Neuroscientist Antonio Damasio found that when people lose the ability to experience emotions, they cannot make up their mind.

Knowing this, it’s important that we work on developing those positive emotions and try our best to get feelings like joy and happiness as much as possible.

Exercising will automatically release mood-enhancing chemicals and endorphins into your body. This can immediately lift your mood and lower stress. Increasing our physical health boosts our emotional health.

In a study published in the Journal of Research in Personality, researchers examined a group of 90 undergraduate students who were split into two groups. The first group wrote about a positive experience each day for three consecutive days. The second group wrote about a control topic.

Three months later, the students who wrote about positive experiences had better mood levels, fewer visits to the health center, and experienced fewer illnesses, after only writing for three days!

How do you reward employees?

One-on-one meeting vs. team meeting: when to use each type

Meetings are a key tool for every team. The trick is using these moments effectively and…

As the old saying goes, you only get to make a first impression once. That’s why… 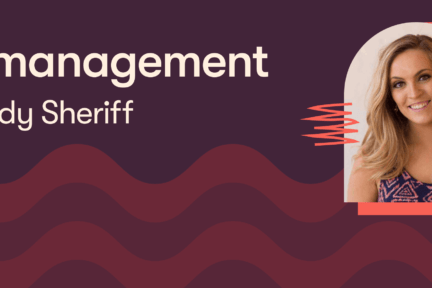 The importance of fairness at work, and how to be a fair manager

Have you ever wondered whether you treat employees differently, or if you come across to your…

Managers have many tasks, but one that sometimes gets sidelined is giving meaningful, effective employee recognition and frequent positive feedback.