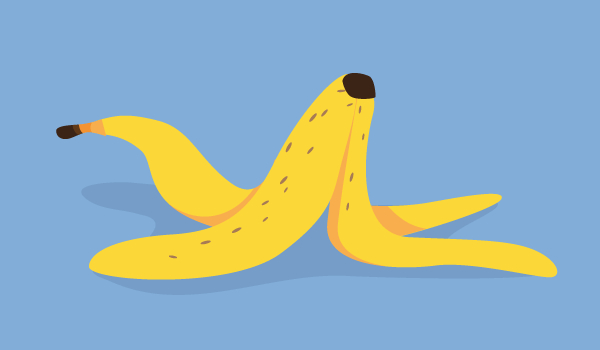 Why do people have so much trouble admitting when they’re wrong?

How often has it happened to you where either your boss or coworker has held back on admitting they made a mistake, either trying to sweep it under the rug or shift the blame to someone else?

This is something that happens a lot at work, and so I wanted to explore why that is and what we can do to fix this.

The simple truth is that being wrong hurts us, literally. Even more than being wrong, admitting that we’re wrong is what really hurts.

But where does that come from? Is it something inside of us? Is it a cultural thing? Was this something that was ingrained into managers during their training?

It’s honestly a bit of everything.

I want to go through each of these, because they’re all important in understanding how we can change all of this.

Free Bonus: Download the complete guide to being a better leader for your team.

But first, I’d recommend everyone watch this TED talk. “Wrongologist” Kathryn Schulz talks about how we should embrace being wrong:

We Hate Being Wrong

Our brains hate being wrong and hate change.

These two things make it hard for us to not only admit when we’re wrong, but actually do anything about it.

I’m going to explain this in the simplest way possible.

Starting from a young age, we all develop an identity, based on behaviours, our environment, and how we see ourselves.

When our own thoughts, or someone else’s actions challenge our self-beliefs, we experience what’s called cognitive dissonance.

Cognitive dissonance happens when you try to hold two opposing beliefs at the same time.

As an example, you know eating healthy is good for you, but you still eat that bacon cheeseburger anyways.

When something like that happens, your brain doesn’t know how to handle it and immediately tries to “fix the problem” it’s facing.

As I’ve written about previously, the brain hates change.

What happens is when we try to change, the brain perceives it as something new and unknown, so it must be a threat.

This is interesting, because when you understand cognitive dissonance, the brain will always default to whatever option requires the least change.

So using the healthy eating example, your brain will just default to those unhealthy habits because that’s the easiest choice, even though you know that eating healthier is the right thing to do.

How To Fix This At Work:

Research shows that simply being aware of these unconscious issues can help us fix them. The more time you spend learning about how our brains work, the better you’ll be at making sure you make the right decisions.

Whenever I write about school or the school system, I always think about my all-time favorite TED talk, Do Schools Kill Creativity:

“Being wrong is not the same thing as being creative, but if you are not prepared to be wrong, you will never come up with something original.”

At school, we’re taught from a young age that being wrong is bad. Naturally, this affects how we view admitting our mistakes later on in life.

Instead, schools should be embracing failure and teaching kids that it’s okay to be wrong, it’s normal to be wrong.

How To Fix This At Work

As a leader, don’t make the same mistakes that schools make. You should encourage your team to make mistakes and tell them that you are okay with failure. Remove as much of the fear as you can from them and the way they work.

There is a false perception among many old-school thinking leaders that being wrong will make you look dumb, better to just sweep it under the rug and hopefully no one will find out.

This is a terrible way of thinking, and leads to a lot of internal politics, lingering problems, and a culture of fear.

When you’re first starting out as a manager or are new to the company, you’ll be thinking about your new image at work.

You’ll be hesitant to look bad and be perceived as wrong so you’ll change the way you act.

Also, because it’s a work relationship (and there’s money involved), there is a lot of fear that will lead you to hold back on admitting mistakes.

There is an amazing TED talk by Brian Goldman about how in the medical community, doctors are judged by the mistakes they make, so nobody admits them.

This talk is so brutally honest, that it was truly inspiring to watch.

I strongly recommend everyone take the time to watch this video:

The concept of holding yourself back out of fear of being wrong is very real, but seriously, I can’t stress this enough, don’t hold back on growing and learning, it will make you a better leader.

How To Fix This At Work

Develop a growth mindset. Understand that failure leads to success. You need to get mentally tough and embrace the fact that mistakes are okay. Admitting them doesn’t make you weak, in fact, it’s just the opposite. Hiding from your mistakes is weak. Own up to whatever you did wrong, and just say “I’m sorry, I made a mistake.”

Why Admitting Mistakes Is Good

If you want to develop a good relationship with the people you work with, you need to build trust. Like any relationship, if there is no trust, it won’t work.

Vulnerability is the secret to building trust.

When you allow yourself to be vulnerable, you show your true self and are opening up, which will let you build those tighter relationships.

Do You Have Trouble Admitting Mistakes?

Free Bonus: Download the complete guide to being a better leader for your team.