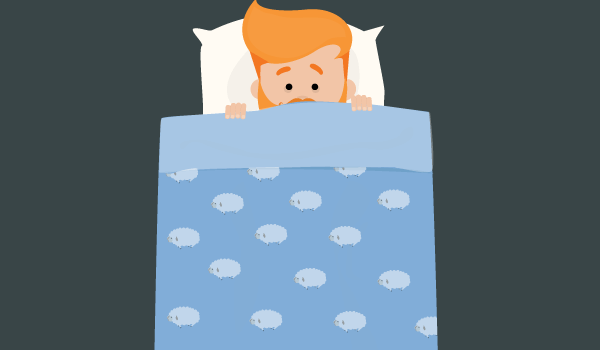 Sleep is by far the most underrated productivity hack. If there’s one thing you could do to make yourself more productive at work, it’s get a better night’s sleep.

What’s the secret to getting a good night’s sleep?

If you have trouble sleeping, don’t worry you’re not alone. The Centers for Disease Control and Prevention calls it a public health epidemic and estimates that as many as 70 million Americans have a sleep disorder.

Many of us don’t seem to understand how important sleep is to our minds and bodies.

In our culture, there is a sense that working longer hours will make us more productive, but it won’t.

In many organizations, productivity is measured by the number of hours worked, so naturally many people will suffer to impress their boss. But is it worth it?

The real secret is about building better habits into your life

Getting a good sleep is much easier said than done, but there are a few things that you can do to help yourself sleep better. Eating well, exercising, dealing with stress, and “powering down” at night are all the best ways to do it.

First, let’s go through what kind of damage sleep is doing to you (I apologize in advance for painting such a gloomy picture), and then I’ll give you some actionable tips that you can use to help yourself.

What Lack of Sleep Is Doing To You

The damage that chronic lack of sleep is doing to you is scary.

Most of the research says if you get an awful night of sleep you can make it up the next evening. Once you go two or three nights with bad sleep, it gets harder and harder to make it up, and might be too late.

The issue is that sleep debt is cumulative.

According to the University of Pennsylvania, getting six hours of sleep per night for two weeks straight, will cause a decline in mental and physical performance. It would be identical to if you have had stayed awake for 48 hours straight.

How Much Sleep Do We Need?

Before giving some tips on how you can get better sleep, I wanted to answer this question because it is important and often confusing one.

Almost everyone you ask this question to will tell you that you need anywhere from 8-9 hours to get an ideal sleep.

Daniel Kripke, co-director of research at the Scripps Clinic Sleep Center in La Jolla, California answered this question in an interview with TIME magazine:

Studies show that people who sleep between 6.5 and 7.5 hours a night, as they report, live the longest. And people who sleep 8 hours or more, or less than 6.5 hours, they don’t live quite as long.

There is just as much risk associated with sleeping too long as with sleeping too short. The big surprise is that long sleep seems to start at 8 hours. Sleeping 8.5 hours might really be a little worse than sleeping 5 hours

How To Get Better Sleep

Here are a few tips you can use to sleep better. As you’ll see with a few of these tips, the real secret is building better habits into your life.

There’s a company called Fullpower Technologies out in Silicon Valley that is doing some incredible things when it comes to sleep research.

The company provides the sleep tracking software for the Jawbone UP and Nike Fuel, as well as doing their own polysomnography test (where they hook you up and monitor your sleep), hoping to unlock the secrets to a better night’s sleep.

One thing they found early on, was that sometimes people sleep less and feel more refreshed. This is because they woke up in the light part of the sleep cycle.

Learning that, they developed an alarm that could figure out the best time to wake up and alert a person, making them constantly wake up feeling fresh and well-rested.

Fullpower isn’t the only company doing this, there are many researchers that are using wearables to discover insights into what we can do to get good sleep.

In the near future, there will be personalized recommendations for each of us to make sure we’re sleeping well.

What Do You Do To Get A Better Sleep?

A lot of this is easier said than done, but if you apply these tricks you can hope for a better night’s sleep. Lack of sleep is killing us, and for workers that need to optimize their time and energy, sleep is the secret to ultimate productivity.

Have you tried most of the tips suggested here?
What are your favorite tricks to sleep better?
Let us know in the comments below!