How To Be A Great Leader 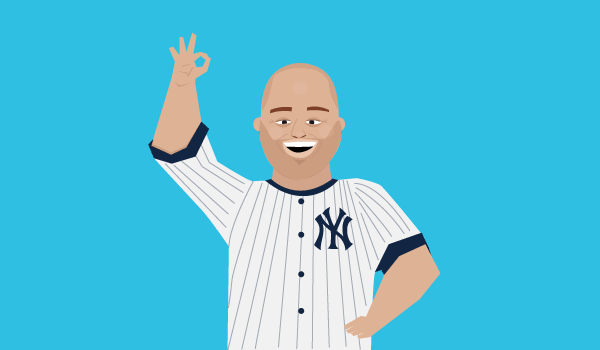 Let’s face it. We live in a superficial society. The information highway known as the internet has been a gift and a curse.

Sure, it’s led to smarter, more complex individuals; with a strong desire to be recognized and appreciated. But we have replaced selflessness with selfies. We’ve replaced a good values and humility, with us having to share every accomplishment or cool thing on social networking sites.

We have become more braggadocious and move fast while disregarding all the great things that are around us.

Which brings me to the main reason I am choosing to write this, what I witnessed last night. A wonderful moment that captured how sports reflects life at times.

I saw someone that represents the last of a dying breed, the humble superstar, the straightforward, yet, soft-spoken leader, the shortstop for the New York Yankees take the baseball field for the last time. I’m talking about the one, the only, Captain.

Derek Jeter has been a staple for his organization for 20 years. He’s hung in there with through thick and thin, he’s seen managers go, he’s seen players leave for more money, and he’s embraced the community that he works in.

If you were to look up “how to be a great leader” on Google, the first thing that should appear is a link to this article (joke), followed by a dozens of images of the Captain. Someone who brought pride to his workplace and made the people around him better on a daily basis.

When my cofounder and I were first starting up we lived in Boston. I often wore my Lebron James jersey and Yankee hat.

This would definitely ruffle some in Cambridge. Now, they hated Lebron James. But when I mentioned my love for the Yankees and how my father (who was raised in NY) brought me up telling me Jeter and Yankees stories, they respected the captain (still hated on the Yankees, though).

That made me think of it from a business standpoint. We can go up to competitors talking about how we’re the best startup in the world, but how can one take pride in that?

And even in my workplace, who do I want to be? That person bragging about every major personal accomplishment on a regular basis? Or that one person that just executes my job to perfection and can communicate well with others? I opt for the latter.

A cocky person that deliver great results is worse than a humble person who doesn’t do as well.

If you want to be a great leader, keep your head down and your ears open. If you just go in do your work, people will tend to follow and grow around you. Respect is earned not given, so earn it by going in every day and doing the best you can do every day.

You often hear the quote, “with humility, meets success” and I couldn’t agree more. So stay humble and be great. If you put out a lot of positivity, you shall receive some back.

Don’t Forget Where You Came From

What did Derek Jeter do after he won his first championship, and even his last game? He walked by all of his teammates, coaches, and media, and went up to his family to embrace them.

Most of us get so caught up every day that we can’t even spend time, or even call our parents and friends. I think millennials (me included … sometimes) have just become so lazy and desire instant gratification so much, that their parents can’t keep up with their needs. I mean, isn’t it sad that texting and messaging has become “human interaction?”

We all just have to slow down and accept that the best things happen with time.

So to my millennial comrades, stop searching for double-taps on Instagram posts, and start appreciate everything that has happened in the past and embrace the journey that lies ahead of you.

Do What You’re Meant To Do

At a young age, he knew he wanted to play Shortstop for the New York Yankees. He did, and he did it with class. The city of New York became a part of him.

If you’re reading this within your office or at your leisure. I have to ask if you’re really doing what you’ve always wanted to do?

I might be on a little bit of a high, as I’ve been reading Paulo Coelho’s “The Alchemist,” but I do have to say that if you’re not doing what you really want to be doing , or at least doing what’s necessary for you to do what you want, you’ll have a lot of trouble excelling as a leader and in life.

Start doing what you would like at work and in life, be a better employee, it’s going to help out

So what happens when you do what you’re meant to do, stay humble, and not forget where you come from?

You get to stop doing what you want on your own terms, and have people appreciate you for it.

I saw one of my childhood heroes ride off into the sunset. But I got to see someone that loved their job go to work and made the people around him better, get appreciated for one last time. It motivated and reminded me to be a better person, employee, and leader.

For that I thank you Captain.

We stemmed away from doing a typical workplace post this Friday, because we were all inspired. Let me know your thoughts on twitter @Officevibe.