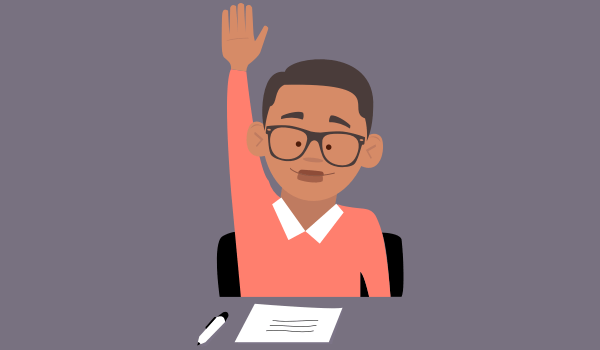 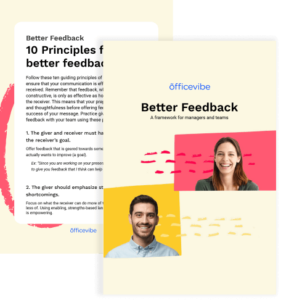 Why are employees so afraid to speak up? What’s holding them back?

Managers will often encourage their employees to speak up and sometimes even use anonymous feedback software to make them feel safer, but still many employees don’t feel safe speaking up.

Employees are worried that you’ll take their comments personally or that they’ll lose your respect.

And this isn’t something that you should ignore. Research is starting to show that this problem is much bigger than we might think.

Most employees are staying quiet when they could be helping the company improve. They have incredible ideas that are going unheard.

In this article, we’ll look at why that is, and what you can do to make employees feel safer.

The research of why employees don’t speak up

In a study conducted by James Detert, a professor at Cornell, he discovered that there was a real fear of employees upsetting their boss.

In the study, people were separated into two groups. In each group, they were told to imagine that they were on a team developing a new product. They’re told that there are major problems with the project and they should recommend ending it.

The only difference is that in the second group, they were told that their boss had invested a lot of time in the project.

The second group was significantly less likely to speak up.

Interestingly, in research conducted by the same professor at Cornell, he found that more often than not, employees were more scared of suggesting ideas for improvement than bring up problems.

In our interviews, the perceived risks of speaking up felt very personal and immediate to employees, whereas the possible future benefit to the organization from sharing their ideas was uncertain. So people often instinctively played it safe by keeping quiet. Their frequent conclusion seemed to be, “When in doubt, keep your mouth shut.”

What their research suggests, is that it takes more than a simple suggestion box system to encourage ideas.

It takes a deep change in the company culture to encourage speaking up and make speaking up happen openly and honestly, as opposed to anonymous systems.

The problem with anonymous feedback

In many of my posts, I’ve mentioned that in a perfect world, employee feedback wouldn’t need to be anonymous.

Ideally, employees would be comfortable enough to voice their opinion without fear of retribution.

In Officevibe, we give users the option to turn off anonymity and make themselves, but we default to anonymity because that’s more realistic for this current environment.

When companies are looking into Officevibe, by far their biggest concern is around the anonymity, because they want to make their employees feel safe.

Unfortunately, as we’ve seen, this isn’t realistic, at least not now.

The problem isn’t necessarily with the feedback system, but the fact that it’s anonymous.

I completely understand why anonymity is used, the thinking is that if no one knows who said it, employees will be more honest and tell you how they really feel.

There are a few problems with this though.

1. It sends the wrong message

You might not realize it, but you’re actually sending the wrong message when you make this anonymous.

What you’re basically saying is, your organization doesn’t encourage employees to speak up, so you need an anonymous way to make sure no one gets in trouble.

If it wasn’t anonymous, chances are you would get in trouble for it. This is not the kind of message you want to send employees. Instead, make employees feel comfortable.

If you’re protecting an employee’s identity, it can become harder to follow up and get more details to get to the root of an issue.

At Officevibe, we think we’ve found the answer by allowing for anonymous conversations.

Depending on how serious a complaint is (think sexual abuse) there will need to be some follow up to address such a serious issue.

3. Trust can be easily broken

If an employee writes something really offensive or extremely negative, it’s possible that a manager will want to be able to discover who it is.

Depending on how the system is set up, it’s possible to figure out who the person is.

Many employees, especially younger ones that have a good grasp of how computers work, are skeptical about whether a system is truly anonymous.

When that trust is broken, it’s almost impossible to rebuild it.

It’s important for me to note that Officevibe is truly anonymous. That’s the whole point of using a third-party system that we control it (and not the company). No matter how much a manager complains, we’d never reveal the identity of an employee.

How to get employees to speak up

The two main things you want to do is remove that fear and keep reminding employees that their opinions are valued. Also, be consistent. It will take some time to change behavior, but if you keep at it, you can do it.

Here a few ways to get employees comfortable speaking up.

1. Ask employees for their thoughts

This is something you need to be mindful of and do over and over again.

During team meetings or informal discussions, ask individual employees to share their thoughts.

You can even ask them leading questions, like “Be honest, do you think this idea is any good?” or “will this idea help us get more users? You can be totally honest.”

As you continue to do this over time, employees will become more comfortable sharing their thoughts.

If employees are scared to speak up because they think that something bad might happen, then calm them down.

Make them realize that they won’t get in trouble, and you genuinely value their feedback.

Don’t be afraid to remind them more than once that it’s okay for them to speak up freely.

One of the biggest reasons people don’t give feedback is because they believe nothing will be done with it, so why even bother.

This one might take some time, but convince your employees that you value their feedback and that something will actually be done with it.

How do you encourage employees to speak up?

Use this feedback guide and framework with your team. Practice together to build a culture of respectful, candid feedback!