What Skills Employees Need To Learn To Get A Job 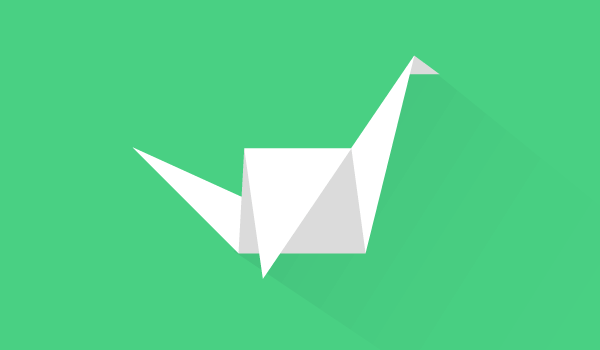 The education system is broken, and things need to fundamentally change in the way we teach students and hire employees.

Employers place way too much importance on school, when what employees truly need to be successful in their careers isn’t taught at any of these schools. The education system, and student loan debt, are topics that I think about a lot.

I’m genuinely worried about what will happen when this debt bubble pops.

At the beginning of March 2015, Sweet Briar college in Virginia announced that they were shutting down after 114 years of operations. Mark Cuban, serial entrepreneur and shark on Shark Tank, has been warning about this student debt bubble for a while.

When Sweet Briar announced they were shutting down, he tweeted the following:

This is just the beginning of the college implosion. http://t.co/PpOMMBJ62z via @bi_university

According to a recent Wall Street Journal article, the class of 2014 is the most indebted class ever.

As college graduates in the Class of 2014 prepare to shift their tassels and accept their diplomas, they leave school with one discouraging distinction: They’re the most indebted class ever. 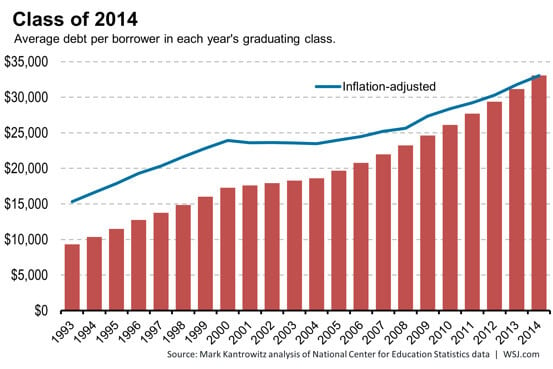 At the time of this writing, student loans hit a new all time high of $1.16 trillion, think about that for a second. What’s even worse, is that according to government data, 11.3% of those loans are delinquent.

It’s actually even worse than that, because according to a recent report from the NY Federal Reserve:

President Obama announced recently that he is trying to change these things, but as of right now, many Americans don’t know that:

The best way to reinvent education is to flip the classroom. The way students learn even before college is all wrong. The way the school system currently works, is we work on homework at home, alone, and learn in a classroom full of people that have different learning styles and speeds.

The flipped classroom reverses all of that.

Students learn at their own pace at home, and then collaboratively complete homework in the classroom with the help of the teacher.

Salman Khan, from the Khan Academy talks about this in his TED talk. If you haven’t seen it already, please watch it:

It’s such a powerful idea, and a big reason why MOOCs (massive open online courses) are so popular. I spoke about this with author Ted Coine during our CultureTalk (skip to the 20:00 mark)

I recently completed a course called The Science Of Happiness by UC Berkeley, and it’s changed my life. They’re now offering a self-paced version of the course on edX, and I’d recommend anyone reading this to sign up to their class.

I’ve done a CultureTalk with one of the instructors from the class, and the science director at UC Berkeley, Emiliana Simon-Thomas:

What Companies Actually Look For

Google is my favorite company in the world, for many reasons, so I’ll use them as an example. In an interview with the New York Times, their SVP of People, Laszlo Bock talks about what qualities they look for in an employee.

G.P.A.’s are worthless as a criteria for hiring, and test scores are worthless. … We found that they don’t predict anything. – Laszlo Bock

They look for five things: expertise, ownership, humility, leadership, and an ability to learn.

Expertise: Besides making sure that software developers have the coding abilities required for their jobs, expertise is the last on their list of five qualities. What’s interesting, is that Bock says that “experts” are more likely to default to tried and true methods instead of exploring, and Google is all about exploring and innovating.

Ownership: They want people to take ownership over their work, and to be intrinsically motivated by what they do. For companies, this is why I keep talking about the importance of core values.

Humility: While they want to hire the best, and they want people to take ownership of their work, being humble, and learning from others is important to Google. To be open enough to know that someone else might have a better idea than you is important.

Leadership: Bock makes a very important distinction that when they say leadership, they don’t mean it in the traditional sense like an ex-VP of Sales or ex-CEO. They look for people that can influence others and step up to be leaders, no matter what their job title is.

Ability To Learn: The ability to learn on the fly, pick up new things quickly, and find patterns in different pieces of information is the number one thing hiring managers look for at Google.

A 2007 article by CFO Magazine emphasized the importance of soft skills in the workplace, “no matter what industry or company he works for.” Soft skills like empathy, active listening, and patience are important, but are “rarely taught in business school or a corporate setting.”

77 percent of employers surveyed by CareerBuilder said they were seeking candidates with soft skills, and 16 percent of the respondents considered those qualities even more crucial than hard skills.

One study by American Express found that more than 60 percent of managers agreed that soft skills are the most important factor when evaluating an employee’s performance.

So what soft skills are important?

In Jason Fried’s book ReWork, he talks about hiring great writers. What he says, is that if you have to decide among a few different people to hire, pick whoever is the best writer. No matter what position you are looking to fill writing skills will always pay off as it is a sign of clear thinking. Good writers can communicate clearly and make things easy to understand. This is the currency for good ideas and can be more valuable than any other skill.

Companies want employees that know how to manage their time effectively, and can handle working on multiple things at once. In this fast paced world we live in, being able to manage your time effectively is incredibly important. Multitasking is the ultimate productivity killer, so learn how to plan your day around your energy levels to maximize productivity.

Having a positive attitude is important to build a workplace that people enjoy coming to. People want to be around other positive people, so learning how to be happy is important. I mentioned earlier that you can take the Science of Happiness course online for free, which has tons of great tips and tricks to increase your happiness.

In this fast-paced world we live in, we need employees that can think critically and solve problems. During a job interview, hiring managers usually ask candidates about a time when they overcame a challenge in the workplace. This helps the hiring manager gauge the candidate’s ability to solve problems and face obstacles at work.

Emotional intelligence is something I write and talk a lot about, and I believe that empathy is the most important leadership skill to have. A great online course, that’s completely free, is called Inspiring Leadership Through Emotional Intelligence and everyone should take it to learn more.

Get our weekly tips that'll help you become better in and out of the office.

This is the most important skill on this list, by far, according to research. The research finds that conscientious salespeople are more likely to set and be committed to goals, leading to higher sales volumes.

A 2003 study of 111 people who had started their own businesses over a 30-year period found that conscientious people were the most likely to be able to lead companies that survived for more than eight years. Other studies show that conscientiousness is the most important factor for finding and retaining employment.

Looking people in the eye and giving them your full attention has been proven to make you seem smarter. According to Harvard Business Review, this first step of active listening involves “recognizing all verbal and nonverbal cues, including tone, facial expressions, and other body language.”

Luckily, there are tons of resources out there to help you. Even the US Department of Labor has created a program called “Skills to Pay the Bills: Mastering Soft Skills for Workplace Success,” which teaches soft skills to youth

We Desperately Need To Learn These Skills

A new report says Millennials are some of the least skilled in the world. According to the report, Millennials in the U.S. fall short when it comes to the skills employers want most. Not only do Gen Y Americans fall far behind other countries by every measure, but they even score lower than other age groups of Americans.

Again, this goes back to how we teach our students in school. Many people say “I’m bad at math” and it becomes true. It turns out that this is a myth, and many people find they can become good at math after all.

A famous experiment by Harvard psychology professor Robert Rosenthal done in 1964 told teachers that certain students that were completely chosen at random, were about to have an increase in their IQ. It turns out that those kids ended up having their IQ grow faster than the other kids.

What happened was, the teachers were unconsciously giving those kids extra encouragement and attention, which in turn, ended up boosting their IQ.

If we had an education system that expected all kids to succeed, kids in general would learn more, and go on to be successful.

What Soft Skills Are Important To You?