Can a Flat Hierarchy Really Work? 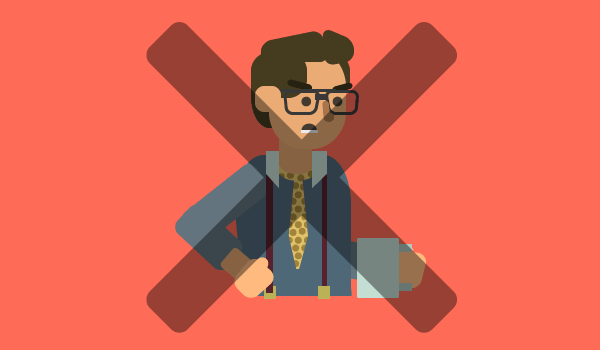 With all the talk around Zappos’ holacracy, one question is often asked: Can a flat hierarchy really work?

First of all, what exactly does “flat hierarchy” actually mean?

If you think about a traditional organizational hierarchy chart that looks like a pyramid, a flat hierarchy means radically shifting away from that traditional model, and putting everyone on the same playing field.

Everyone is held equally accountable, and everyone has an equal amount of say in the company. It is a pretty difficult concept to fully wrap your head around, especially if you are used to traditional cultures.

There are a ton of startups and forward-thinking companies that have been successful at implementing a flat organizational structure.

I’m a big believer in the flat organization. I think it’s a really important piece of the puzzle for companies trying to be collaborative, lean, and agile.

In my personal opinion, companies that have a top-down hierarchy are slower to move, and therefore slower to innovate. The old school approach to management

The old school approach to management is this really top-down, clunky, corporate hierarchy where everyone reports to someone, and to get anything done takes way too much time and energy. If you’ve ever worked in a corporate environment you’ll know exactly what I mean.

Top management thinks that they are the smartest guys in the room, and don’t need ideas from the lower-level employees.

Top-down management rarely works, and I really do believe that companies that still practice this method will become irrelevant very quickly.

What I like to see is a bottom-up, grassroots type of approach. 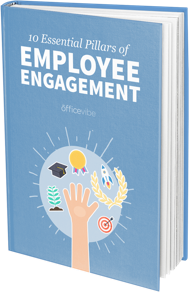 The new school approach to management

The new school totally gets it. They understand that there is an incredible amount of talent waiting to be tapped into.

They’ve seen the power of communities like Wikipedia, and understand that workers today are more collaborative than ever before.

Decentralized systems are the future.

When I think about companies that have a truly decentralized, flat structure, Valve and Github are the 2 that come to mind.

Valve is a video game development company that created a very popular gaming platform called Steam. Valve has implemented a truly flat organization. More than 300 employees, 0 bosses. Inc magazine did a great interview with Valve’s economist-in-residence, and I definitely recommend that you read it.

If you’re interested, Valve has also posted a copy of their official handbook that they give out to new employees when they first start. It’s a bit long, but very interesting. This handbook should be required reading for every new business owner.

For those of you that might not know, Github is a collaborative source-code repository, which basically means that developers store their code on their Github accounts. Github is immensely popular, with over 4 million users.

Ryan Tomayko, Director of Engineering at Github, gave this amazing talk about their management style (or lack of). It’s definitely worth checking out.

There are countless other examples of great companies that have a similar attitude, like 37Signals, Treehouse, and Automattic.

Are flat structures only for tech companies?

I recently learned about a tomato processing company called Morning Star that has a completely flat hierarchy. Again, hundreds of employees, 0 bosses.

The results are amazing. “It’s almost like every one of us is manager or CEO,” says Hagle. “We set our goals high, and they’re our goals, so when we meet them, there’s a real feeling of achievement.”

What if I told you that the Israeli Army also had a flat organizational structure? I was shocked and amazed when I learned about how that all works, and how it has translated into Israel’s success in the tech and business world. Israel is now known as Startup Nation, and I’m continually amazed by the innovation that comes out of there.

This is a fascinating TED talk that I suggest you watch, about ant colonies. Not exactly the most exciting subject, but it’s very insightful to see how the ants organize around each other.

We rarely think about an ant colony when thinking about organizational behavior, but it makes a lot of sense. An ant colony works together as an amazing team, assigning and delegating tasks better than most companies.

How can I change my organization to a flat hiearchy?

Essentially, it boils down to 2 things. The first one is the culture of your organization, and the second is the tools you can give to employees to empower them.

The first point is really about trusting your employees. If you truly believe in your employees, then you can rest assured that they will perform very well for you. Don’t micro-manage them, and don’t assume that you’re better than them.It sounds like a very non-traditional way of managing, but that’s a good thing.

Here’s a golden rule that I think every founder or hiring manager should use: If you can’t trust this employee, then they shouldn’t be working there. If you can trust them, then leave them alone and let them shine.

The second point is really about enabling employees to spread their wings and fly. Tools like Officevibe give employees that power to make a grassroots change inside their company. You could potentially have a low-level employee asking the founder of a company to commit to doing 100 push ups this week. Sounds kind of intimidating at first, but again, if the culture is set up so that you can feel free to be yourself, then there shouldn’t be a problem.

Are you saying that managers are unnecessary?

What I will say, is good managers are good, and necessary, but bad managers are bad…very bad. There has been tons of writing about what makes a manager good or bad, but it really just comes down to treating people with respect. Encourage collaboration, encourage failure, encourage your employees to speak up. Get them passionate about your brand, and the rest will take care of itself.

Google, which is famous for its organizational structure, recently learned the hard way that managers are necessary. Originally, Google was built by engineers, for engineers, with very little focus on management. If you would ask most engineers at Google what their thoughts on managers were, you would probably get some pretty negative feedback.

“The hypothesis, he admits, was biased from the get-go. “We set out to prove that managers don’t matter,” of what was to date the largest in-depth study that his people operations group had undertaken.

And they couldn’t have been more wrong.

Google research found that not only are managers a critical component to corporate structure — but that good managers increased job satisfaction, retention and employment within their groups and the organization as a whole.”

Of course, Google being Google, they collected an enormous amount of data in the form of surveys, and were able to come up with a list of 8 attributes that make a good manager to them.

So sometimes a flat organization can work, but it really is an all-encompassing thing. You need a great CEO, a great culture that encourages failure, a great team that shares a similar vision, and an understanding that everyone is accountable for their own work.

If employees are fully engaged, the results can be truly amazing. Fortunately, Officevibe plans to revolutionize employee engagement.

I’d love to hear about your experiences with organizational structures

Let me know your thoughts on twitter @JacobShriar or @Officevibe.