Would A Basic Income Make Us Happier At Work? 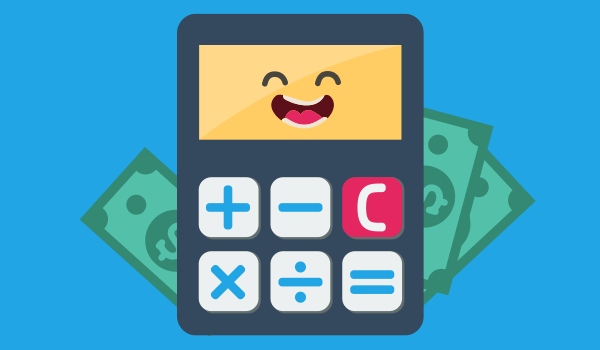 Imagine if I told you you could make a few thousand dollars a month, no strings attached.

No, I’m not talking about those “work from home and earn $87/hour” scams we see too often online.

I’m talking about a “universal basic income”: a policy that would give every person, rich or poor, a small amount of money each month, no strings attached.

The idea has gotten support from countries all over the world, like:

And many other countries have shown genuine interest.

Even tech companies are getting in on it. Y Combinator, the popular startup incubator is running an experiment to send between $1,000 and $2,000 a month to 100 families in Oakland, California, for between six months and a year.

We want to run a large, long-term study to answer a few key questions: how people’s happiness, well-being, and financial health are affected by basic income, as well as how people might spend their time. But before we do that, we’re going to start with a short-term pilot in Oakland…

In our pilot, the income will be unconditional; we’re going to give it to participants for the duration of the study, no matter what. People will be able to volunteer, work, not work, move to another country—anything.

The thinking is really quite simple. If you raise the standard of living for everyone in society, society will be better off.

There will be less poverty, more happiness, more leisure time to spend with family (and all the psychological benefits that come with that), and better working conditions.

There are pros and cons to this program, but for this post I won’t focus too much on them. I’ll highlight them quickly, but the main focus for this post will be how it affects our relationship with work.

Pros And Cons Of Basic Income

The biggest criticism of the idea of a basic income is how you’d pay for something like this. How does this affect the economy if you create trillions of dollars out of thin air?

Some of the bigger criticisms are:

I think the biggest change that a basic income would have on people is both in how we think about work, and how often we work.

Our careers take up a huge portion of our time and energy, so anything that will make it significantly better is seriously worth exploring.

How Basic Income Would Change Work

Is a basic income a threat to how we work? If we don’t necessarily have to work, will we still continue to? This is a great question.

Between 1968 and 1980, both the US and Canadian governments conducted five experiments on something called “negative income tax”.

If someone was earning less than a certain threshold, the government would provide them with money so that they would be able to hit that threshold.

People did work less, so the media assumed that it was a failure, but in fact it wasn’t as bad as you might think.

What was actually happening was people weren’t working less, they were just entering the workforce at a later time, which isn’t necessarily a bad thing.

It could be that because they had more money, they were able to stay in school longer or take their time to find a job that they truly enjoyed.

That’s the whole secret of this basic income argument as it relates to work.

Instead of going to a “job” where you simply collect a paycheck, you can take your time to find a career you’re passionate about. The intrinsic motivation will make people not only enjoy their work more, but they’ll be way more productive.

Also, if everyone has money that’s guaranteed to them, there won’t be so much stress and pressure to keep your job, meaning that employees will have more power to complain if something is bothering them.

The most important obstacle for basic income is a moral obstacle. It is in the ideas that we still have about work. We still work with a very outdated definition of what work is. We define work by getting a salary in a hierarchical relationship with an employer, and you have to get paid.

Here is a video of Rutger Bregman speaking at a TEDx event:

The early research says that so far, a basic income does not affect people’s incentive to work.

One survey found that out of 1,000 Swiss, only 2% reported that they would completely stop working under basic income.

And one of the most famous basic income experiments ever, the “Mincome” experiment in Manitoba in the 1970s, saw working hours barely dropping by only 1% on average.

But even more than improving someone’s economic well being are the psychological benefits that a basic income would provide.

About 20 years ago, researchers were tracking a group of low income children in North Carolina to simply observe their mental conditions.

Four years into the study, called The Great Smoky Mountains Study of Youth, the families of about a quarter of the children saw an increase in their annual income.

They were Cherokee Indians, and a casino had just been built on their land. All of the families were able to share in the profits of the casino, which meant an increase of $4,000 a year per family.

It was unexpected, and not part of the original experiment, but now researchers had unique insight into how the increase in money would affect a child’s life.

The results were simply incredible.

Most importantly, the extra income boosted conscientiousness and agreeableness in the children, traits that has been shown to lead to a more successful life.

From the study’s author:

“There are very powerful correlations between conscientiousness and agreeableness and the ability to hold a job, to maintain a steady relationship. The two allow for people to succeed socially and professionally.”

What Do You Think About A Basic Income?

I’m personally for it, I think the pros heavily outweigh the cons. But what do you think? Let me know your thoughts in the comments below!